You can only make vintage clothes up until a certain point, unless it is Halloween sewing or a cosplay costume. I love the 1850’s-1860’s wide hoop skirts with endless ruffles and bows, but I would not be caught walking down the street in Scarlett O’Hara’s barbeque outfit. The Steampunk clothing has taken the Industrial Revolution fashion by storm, and it is very cute and trendy to have clockwork and metal pieces now, but that is probably as far back as the general population will allow the trendy card to be applied to. But what consists of vintage quilting? You may think that there is no such thing as vintage quilting, and that it has only become popular since the Industrial Revolution because of machine sewing, but quilting goes farther back than that—back before machines were even thought of. 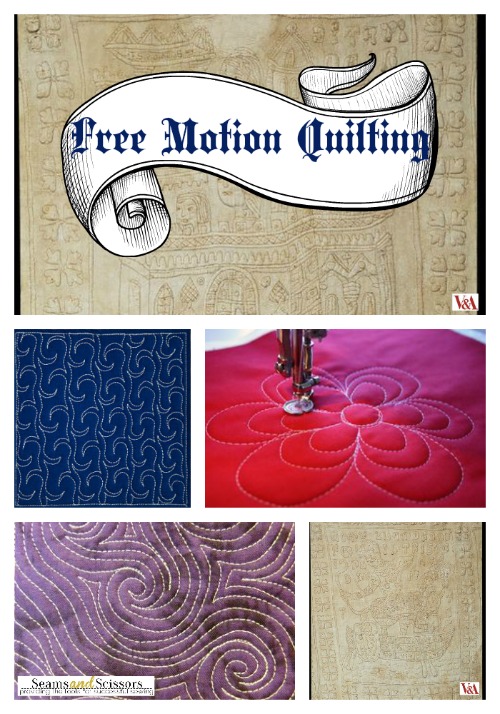 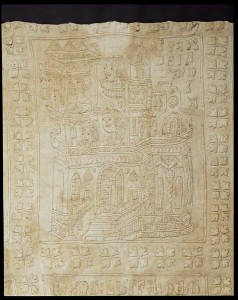 The Tristan Quilt was made in the late 14th century that has scenes done in free motion quilting telling the story of Tristan and Isolde, a medieval romantic tragedy that influenced literature afterwards (more on that later), and is the oldest known quilt. There are at least two sections of the quilt, one of which are on display in the Victoria and Albert Museum’s Medieval and Renaissance Galleries, and the other is in the Bargello in Florence. It has backstitch in cream and has brown linen. There are captions for each picture that has been brought to relief (raised) by inserting rolls of cotton into those sections. There are six scenes in the central section of the V&A quilt, with a border of four leaf clovers and measures 320 cm high by 287 cm wide (roughly 10.5 ft x 9.5 ft), while the Bargello quilt has eight scenes and is 2.47 m by 2.07 m (roughly 8 ft x 6.5 ft). These quilts were probably originally one large quilt, where the scenes were placed in a different order (source). The variation in the quality of the drawing and the stitching shows that it was a team effort. The quilts were worked in sections and then sewn together at a later time (source). 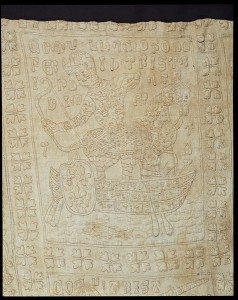 The story of Tristan and Isolde is the precedent for great romances such as King Arthur and Guinevere. Tristan is the nephew of King Mark of Cornwall, and the King of Ireland commissioned a warrior named Morholt to get tribute from Cornwall. Tristan fought Morholt, was wounded, and won, and sought out the help of the Irish Princess Isolde because she was a good healer. When Tristan went back to Cornwall, he spoke so highly of her that King Mark had wanted to marry her. When Tristan retrieved Isolde for King Mark, on the way back they had begun to care for one another, but resisted because of their sense of honor, but fate had other plans and they fell deeply in love. Although Isolde went through with the marriage, she could not forget about Tristan, and Tristan had to flee the country to escape scrutiny from King Mark. Tristan eventually married another woman named Isolde, even though his love for the first never died. When wounded in a battle, he called for the first Isolde to heal him and told the messenger that when he comes back to fly white sails if she was on the ship and black if she was not. Out of jealousy, the second wife lied to him and told him that there were black sails and Tristan died. The first Isolde died out of grief, and they were buried together. A rose tree grew out of Isolde’s grave, while a vine grew out of Tristan’s. The legend says that every time someone cut  the vine, it would grow back around the tree—a sign that the lovers could not be parted (source).

I know that the story is a lot to take in, but this is an incredible quilt considering it was completely made by hand with free form stitching. The quilt depicts the scenes of Tristan and Morholt fighting (source). Even if you want to depict your own woven tapestry of your favorite story, you are in the 21st century now! We have machines that do a lot of the work for us, but we just have to make the designs. Free motion quilting isn’t as scary as you think it is. You can use these simple free motion patterns to get started.

How to do Free Motion Quilting

What did you guys think of the story? What is your favorite free motion pattern?

AllFreeSewing
Editor at AllFreeSewing at AllFreeSewing.com
AllFreeSewing is the ultimate resource for quick and easy sewing patterns, tutorials, and charts. You'll find dress and bag patterns, alteration guides, even instructions to help you with that pesky sewing machine. The best part? It's all absolutely free. Come and join our community!

Latest posts by AllFreeSewing (see all) 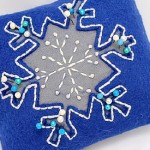 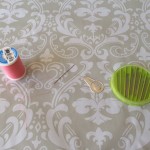 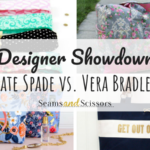 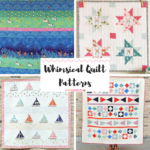 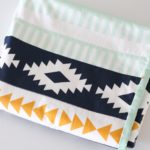 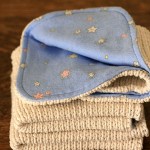 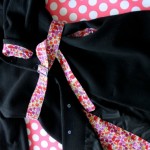